This means being wrong about some things. 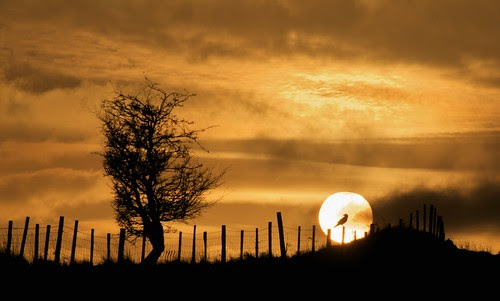 Bird Sunset Crop, originally uploaded by Sven1976.
"When new knowledge comes, we have to make room for it; we have to part with old knowledge; that means admitting that we were wrong about certain things. Part of this new knowledge may involve seeing how you were taught to allow people to treat you badly and not to speak up for yourself. I am not saying that you deserve what happened. I am saying that all of us are taught disempowering habits of cultural accommodation, and as we grow and get knocked around we have to examine them and learn how to protect ourselves. If you examine the social behaviors you were taught as a young child, and the belief system you carried into adulthood, you may find the cruel habits of those around you mirrored in your own psyche. That can be painful. But it is one of the only sure routes to change." - Cary Tennis
2 comments:

Be mindful today of the human race. 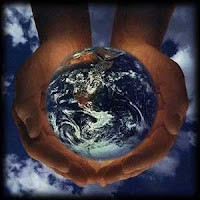 "A human being is a part of a whole, called by us universe, a part limited in time and space. He experiences himself, his thoughts and feelings as something separated from the rest... a kind of optical delusion of his consciousness. This delusion is a kind of prison for us, restricting us to our personal desires and to affection for a few persons nearest to us. Our task must be to free ourselves from this prison by widening our circle of compassion to embrace all living creatures and the whole of nature in its beauty." - Albert Einstein
No comments:

"I hate cynicism..." by Conan O'Brien

"I hate cynicism. It's my least favorite quality and it doesn't lead anywhere. Nobody in life gets exactly what they thought they were going to get. But if you work really hard and you're kind, amazing things will happen." ~Conan O'Brien

A time to let go.

"Sometimes being a friend means mastering the art of timing. There is a time for silence. A time to let go and allow people to hurl themselves into their own destiny. And a time to prepare to pick up the pieces when it's all over." ~Gloria Naylor

"during my eight months underwater..."

"I spent a lot of time trying to convince people I was suffering during my eight months underwater, and I still don't feel completely as if my claims to it are believed, but when that pulse point is hit, I suffer. I suffer in an acute sense -- in the wolves-down-the-hill, sun-exploding, bone-crushing, empire-falling way that innocent people suffer when evils are visited upon them without provocation or reason. I feel all the injustice and betrayal of their act rushing through my skin. It's bad. Sometimes I lie still and can't move." From a reader to Cary Tennis's column

...they are dying before the steel javelins and arrows of...

‎"I mean no particular dream, you understand, but the whole radiant flock of them together—with their rainbow wings, iridescent, bright, soaring, glorious, sublime. They are dying before the steel javelins and arrows of a world of Time and Money." -Barbara Follett

"Even as a minimalist, Felix Gonzalez-Torres also had a whimsical, humanistic side that showed the influences of pop art on his installations. In this "portrait" of his deceased partner, Ross Laycock, Gonzalez-Torres created a spill of candies that approximated Ross's weight (175 lbs.) when he was healthy. Viewers are invited to take away a candy until the mound gradually disappears; it is then replenished, and the cycle of life and death continues. While Gonzalez-Torres wanted the viewer/participant to partake of the sweetness of his own relationship with Ross, the candy spill also works as an act of communion. More darkly, the steadily-diminishing pile of cheerfully-wrapped candies shows the dissolution of the gay community as society ignored the AIDS epidemic. In the moment that the candy dissolves in the viewer's mouth, the participant also receives a shock of recognition at his or her complicity in Ross's demise."

We are tested when we least expect it.

"We assume we will behave well when tested. But we are tested when we least expect it -- in the middle of the night, in an unfamiliar area, when we are weak or distracted or afraid. If we could study first, we might perform better. But we are never prepared for life's biggest tests."  ~Cary Tennis


“Compassion is sometimes the fatal capacity for feeling what it is like to live inside somebody else's skin. It is the knowledge that there can never really be any peace and joy for me until there is peace and joy finally for you too.” ~Frederick Buechner
No comments:

Happy New Year! Wherever you are, it's ok.


"I don't think we need to magically be in a great place at the end of a year. Or magically know our goals to start off a new year. I think, sometimes, that it's already magical that every day we wake up with the strong belief that we can make things better." Penelope Trunk (from Top Posts of 2009 (sort of) [This quote is way at the bottom of the post] )

To love at all is to be vulnerable.

“To love at all is to be vulnerable. Love anything, and your heart will certainly be wrung and possibly broken. If you want to make sure of keeping it intact, you must give your heart to no one, not even to an animal. Wrap it carefully round with hobbies and little luxuries; avoid all entanglements; lock it up safe in the casket or coffin of your selfishness. But in that casket -- safe, dark, motionless, airless--it will change. It will not be broken; it will become unbreakable, impenetrable, irredeemable.”  ~C.S. Lewis

"Practicing an art, no matter how well or badly, is a way to make your soul grow. Sing in the shower. Dance to the radio. Tell stories. Write a poem to a friend, even a lousy poem. Do it as well as you possible can. You will get an enormous reward. You will have created something.” ― Kurt Vonnegut