"We stop and ask ourselves if we are saying what we truly want to say right now." (On the creative process, by Cary Tennis) 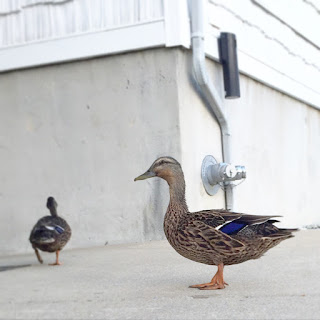 How to nurture the creative process, by Mary Oliver (in an interview) 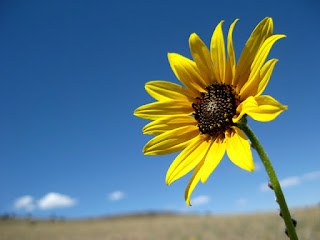 MS. OLIVER: "Discipline is very important... We have to have an appointment... because the creative part of us gets tired of waiting or just gets tired. It’s helped a lot of students, young poets doing that, to have that meeting with that part of oneself."

MS. TIPPETT: "When you write about that — the discipline that creates space for something quite mysterious to happen. You talk about that “wild, silky part of ourselves.” You talk about the “part of the psyche that works in concert with consciousness and supplies a necessary part of the poem — a heart of the star as opposed to the shape of the star, let us say — exists in a mysterious, unmapped zone: not unconscious, not subconscious, but cautious... you say — you promise — it learns quickly what sort of courtship it’s going to be. You’re saying that the writer has to be kind of in courtship with this essential, but elusive, cautious, as you say, cautious part. And that if you turn up every day, it will learn to trust you.... This is a very practical way about talking about... the creative process." 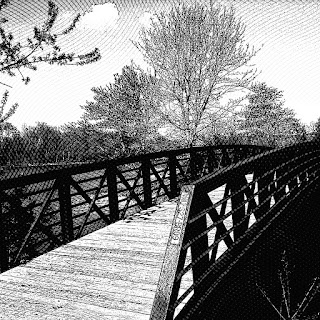 "It has been said that the life of everyone is a diary in which they mean to write one story, but proceed to write another. Their humblest hour is when they compare the book as it is, with what they had hoped to make it."

Suffering breeds suffering (try to understand this if you've been hurt) 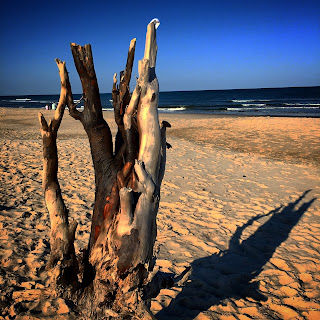 “When another person makes you suffer, it is because he suffers deeply within himself, and his suffering is spilling over. He does not need punishment; he needs help. That's the message he is sending.”

We are afraid to show our true selves. (From James Altucher) 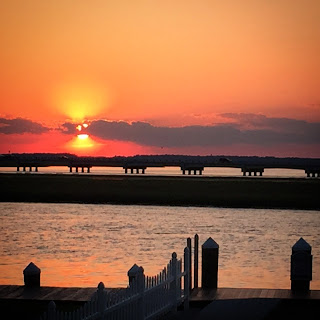 "We all are afraid to show our true selves. Society doesn’t allow it.

"But the universe doesn’t want us to be afraid. The universe needs to know what it’s like to stalk, to cry, to be angry,  to be afraid, to be anxious, to cut ethical corners, to be mortal and to inflict that mortality on others. To be sick from all sorts of diseases. To be envious and jealous. To be ugly. Uglier than other people could’ve thought possible.

"The universe wants to learn how we recover  from our own particular ugliness. Who is the Beast and who is the Prince? Who recovers and who doesn’t? We find out for ourselves in our greatest tests.

"And then sometimes we have to take that test again and we think, “What the hell! I just took this test. Why am I going through it again?” And we have to learn why. We have to understand why we get into the failed relationships we do. The bankrupt businesses. The friendships that take us from the first circle of hell deeper into the fifth circle of hell.

"Revealing them is just being honest. Why hide them? Don’t hurt anyone. But there’s no need to wear the costume anymore. The ball is over. Cinderella has lost her shoe. Her carriage has turned back into a pumpkin. Her beautiful dress is filled with holes. Her  chauffeur is a mouse. It’s only fully revealed that she can find her prince. It’s only fully revealed that Cinderella is at her most beautiful moment.....

"Don’t use words like “reveal” and “recover”. You are not a thief, slinking around the righteous people all around you. You are blazing with the fire of truth. That fire will scare some people. But ultimately it will light up the sky and help you see all of the vast undiscovered planet that you have ignored for so many years when it was covered up by the darkness and the masks."

We are not owned by solitary experiences 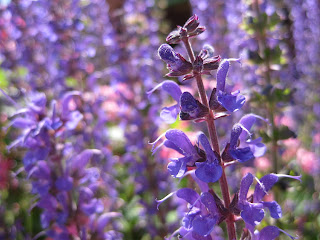 "We die containing a richness of lovers and tribes, tastes we have swallowed, bodies we have plunged into and swum up as if rivers of wisdom, characters we have climbed into as if trees, fears we have hidden in as if caves.

"I wish for all this to be marked on my body when I am dead. I believe in such cartography - to be marked by nature, not just to label ourselves on a map like the names of rich men and women on buildings. We are communal histories, communal books. We are not owned or monogamous in our taste or experience."

"If you could tell students one bit of career advice, what would it be?" 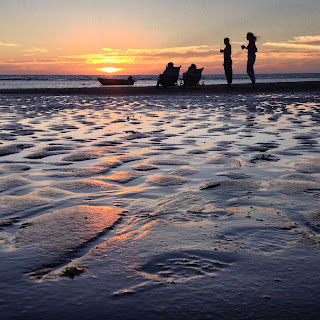 "Ask what makes you come alive, and go do it. Because what the world needs is people who have come alive.” ― Howard Thurman

(This is so true because people end up being good at the things they are passionate about, or whatever makes them come alive, because they spend time on them. And with time comes skill, and mad skills are in demand.)
No comments:

Nobody ever hits you with the magic wand of legitimacy when you're an artist. (By Amanda Palmer) 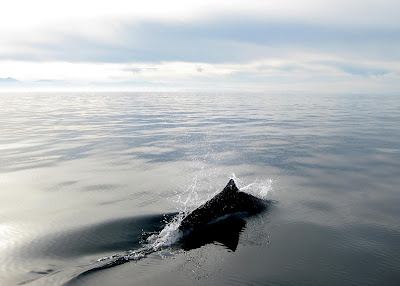 "When you're an artist, nobody ever tells you or hits you with the magic wand of legitimacy. You have to hit your own head with your own handmade wand." 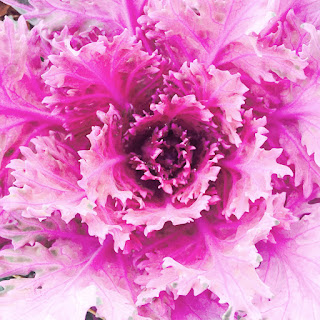 "Part of the problem with the word 'disabilities'..." by Mr. Rogers 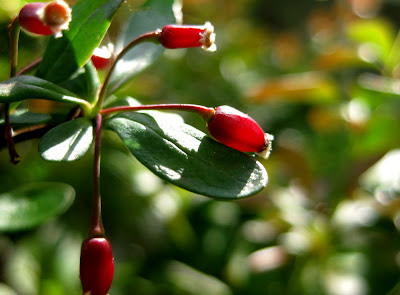 "Part of the problem with the word 'disabilities' is that it immediately suggests an inability to see or hear or walk or do other things that many of us take for granted. But what of people who can't feel? Or talk about their feelings? Or manage their feelings in constructive ways? What of people who aren't able to form close and strong relationships? And people who cannot find fulfillment in their lives, or those who have lost hope, who live in disappointment and bitterness and find in life no joy, no love? These, it seems to me, are the real disabilities."

~ Mr. Rogers, The World According to Mister Rogers: Important Things to Remember
No comments:

...If your goal in life is to become fearless, then I believe you're already on the wrong path, because the only truly fearless people I've ever met were straight-up sociopaths and a few exceptionally reckless three-year-olds – and those aren't good role models for anyone.

While the paths and outcomes of creative living will vary wildly from person to person, I can guarantee you this: A creative life is an amplified life. It's a bigger life, a happier life, an expanded life, and a hell of a lot more interesting life.

Living in this manner – continually and stubbornly bringing forth the jewels that are hidden within you – is a fine art, in and of itself."

The acquisition of knowledge doesn't mean you're growing. 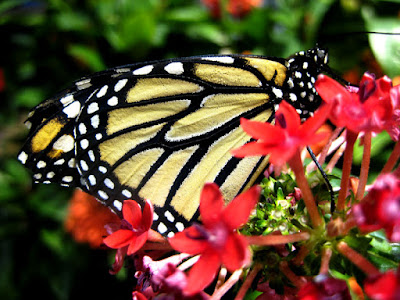 "The acquisition of knowledge doesn't mean you're growing. Growing happens when what you know changes how you live."
~Marc Chernoff
No comments:

How to cancel an iTunes subscription (how to access, etc.) 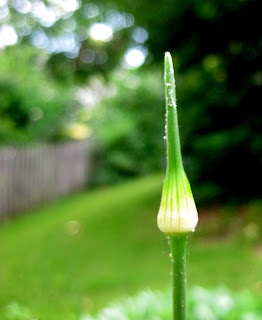 How to cancel a subscription such as HBO Now, etc. on iPhone or iPad

"What I often encounter in my work, is that people try to have different feelings than they do. They say "I want to feel happy" or "I want to feel comfortable with my body" or "I don't want to be scared anymore". It's often hard to give up on the aim to have or don't have a certain feeling.

Feelings are never stable. Our feelings change every few seconds. We can't control what's going to happen next and which feelings will result from whatever happens. To have this goal of having a certain feeling is not a very achievable goal.

Instead I recommend this way of viewing feelings: the feeling is never the problem. The problem isn't that you're scared or uncomfortable or unhappy. That's not the problem. The problem is that your needs aren't met. It's good that you have those feelings, but you need to make sure to not stop at the feeling, but connect to what your need is that creates the feeling. Imagine a world where you can't feel the feeling hunger. You'd never know that or when the body needs food. You'd starve and not even know it.

It's good that you have those uncomfortable feelings. They tell you that your needs aren't met. The problem is that in our culture, you're not at all trained to connect your feelings with needs. Most of us don't know what we need. So what we're trying to do is to change our feelings. That can only work short term. Instead,  look for your need and find a way to meet your need. That's what will make a difference." 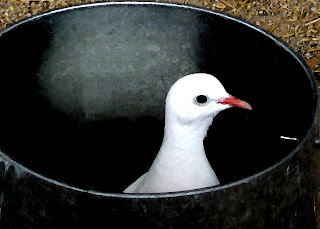 Nonne macescis? - Have you lost weight?

Quomodo cogis comas tuas sic videri? - How do you get your hair to do that?

Re vera, potas bene - Say, you sure are drinking a lot

On having the courage to be yourself (by Eleanor Roosevelt) 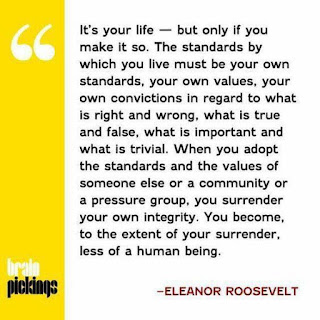 "It's your life -- but only if you make it so. The standards by which you live must be your own standards, your own values, your own convictions in regard to what is right and wrong, what is true and false, what is important and what is trivial. When you adopt the standards and values of someone else or a community or a pressure group, you surrender your own integrity. You become, to the extent of your surrender, less of a human being."

(One of the top regrets listed by the dying is not having the courage to be more yourself because it sometimes goes against what other people want or expect you to be. Live your life for you.💕)
No comments: