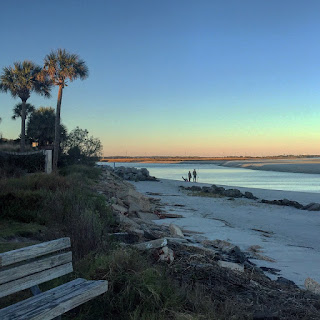 "Once upon a time, an aging king knew the end of his life was nearing, and he decided it was time to designate a successor. Since he had sadly lost his wife and children in a terrible accident, he chose to pass the throne on to one lucky child. So he summoned children from every corner of his kingdom and asked them to visit the castle immediately.

When the children arrived, he gave each of them one little brown seed. "I want you to plant your seed, give it sunlight and water, and take good care of it," he said. "In exactly six months from today, return to the castle with the plant you've grown. The child who grows the most beautiful plant will be mentored by me to become the next king or queen!"

One of the lucky children who received a seed that day was a young girl named Skye. She immediately ran home and carefully planted her seed in a pot of nutrient-rich soil, and then placed it on a well-lit windowsill. Every day Skye watered and cared for her seed. A few weeks later several other children in her school began bragging about their beautiful plants, but Skye's pot was still empty. Despite her constant care, her seed hadn't grown at all.

Six months passed by quickly, and it was time for all the children to return to the castle to show the king the plant they had grown. Skye didn't want to go with her empty pot of soil, but her parents told her to be honest about her failure. Discouraged and dejected, Skye listened to her parents and returned to the castle. She stood quietly at the very back of the room where the king would be evaluating everyone's plants, and waited to be judged.

As the king entered the room he looked amazed to see so many beautiful plants. He then proceeded to walk from child to child admiring what they had grown. And the closer the king got to Skye, the more her eyes welled up with tears.

The king eventually stood before her and her empty pot of soil. "What is your name?" the king asked.

"Skye," she said with a whimper.

"Where is your plant, Skye?"

Hanging her head in humiliation, Skye took a deep breath and then looked up at the king and told the truth: "Your majesty, I planted the little brown seed you gave me in this pot, and I gave it plenty of sunshine and water every single day, but the seed did not grow at all. I have failed."

Suddenly, the king's voice thundered throughout the room, "Behold! My successor! Your next queen! Her name is Skye!"

Silence and confusion swept over the room as the king continued, "Six months ago, I gave everyone here a boiled brown seed that could not grow into a plant. Only Skye had the heart and courage to share the truth with me today. Soon enough, she will lead our kingdom very well!"

As friends, as family members, as teammates… too often we feel the need to lie about our experiences and accomplishments, simply to make ourselves appear bigger and better than we are. We believe that if we constantly show off the "beautiful plants" we've grown, others will love and respect us. But this is far from the truth (no pun intended).

When we share our truths openly and honestly, not only do we build the kind of trust that opens doors to deeper relationships and real opportunities, but we also make it easier for the people we spend our lives with to be more open and honest with us, which makes every moment together healthier and more peaceful."
-from Marc and Angel Hack Life blog
No comments:

The key to a healthy personality is flexibility. 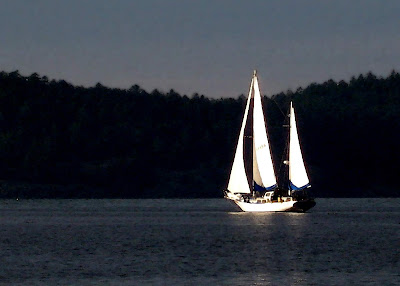 "If we were sailors navigating the world on the open seas, we would need to have a set of precisely tuned, highly sophisticated instruments in order to navigate effectively. Our navigational tools would need to be capable of swiftly adjusting to changing conditions (weather conditions, cargo weight, etc.). The same is true of our personalities. In other words, we must be able to adjust our reactions to the specific circumstances of each situation. This means our perceptions and interpretations of the world must not only be accurate, but also nuanced. This requires of our personalities a high degree of flexibility in order to take into account the special needs and circumstances of every unique situation we encounter. Each situation may need to be interpreted differently. Our reactions must be finely tuned and properly adjusted to precisely correspond with the unique demands of each individual situation. Unfortunately, people with personality disorders lack this essential flexibility, and respond to situations and events with a characteristically rigid constellation of thoughts, feelings, and behaviors. This inflexibility, and difficulty forming nuanced responses, represents the primary difference between healthy and disordered personalities.

"The question remains, how do we account for this fundamental difference between healthy and unhealthy personalities? The answer seems to lie in the "navigational instruments." It appears that people with personality disorders are missing an important tool. Research by Fonagy and his colleagues (1996) found that people with personality disorders seem to lack a highly necessary skill called "mentalization." Mentalization refers to the ability to reflect upon the behaviors, internal states, and motivations of both ourselves and other people. The ability to mentalize may enable people with healthy personalities to adjust their behaviors to the differing demands of each unique situation. In other words, what permits this flexibility may be the capacity to reflect upon one's own behaviors and motivations, and to reflect upon the behaviors and motivations of others. Thus, the ability to mentalize permits an accurate assessment of each unique situation that renders an appropriate response for that situation."

I'm Holly and this is my blog. The name “Wavian” comes from a love of birds (avians) and the sea (waves & water), and "Arts" because I like to capture beauty & make things. I also run the blog On Rebuilding and you can find me on Instagram as @wavianarts.

(Most photos are my own unless otherwise detailed; to use, please reference me: Holly Russo. For questions, email me at hollyrusso @ yahoo . com (link deactivated to prevent bot harvesting.)