You want a physicist to speak at your funeral

"And at one point you'd hope that the physicist would step down from the pulpit and walk to your brokenhearted spouse there in the pew and tell him that all the photons that ever bounced off your face, all the particles whose paths were interrupted by your smile, by the touch of your hair, hundreds of trillions of particles, have raced off like children, their ways forever changed by you. And as your widow rocks in the arms of a loving family, may the physicist let her know that all the photons that bounced from you were gathered in the particle detectors that are her eyes, that those photons created within her constellations of electromagnetically charged neurons whose energy will go on forever.

"And the physicist will remind the congregation of how much of all our energy is given off as heat. There may be a few fanning themselves with their programs as he says it. And he will tell them that the warmth that flowed through you in life is still here, still part of all that we are, even as we who mourn continue the heat of our own lives.

"And you'll want the physicist to explain to those who loved you that they need not have faith; indeed, they should not have faith. Let them know that they can measure, that scientists have measured precisely the conservation of energy and found it accurate, verifiable and consistent across space and time. You can hope your family will examine the evidence and satisfy themselves that the science is sound and that they'll be comforted to know your energy's still around. According to the law of the conservation of energy, not a bit of you is gone; you're just less orderly."


“Trust does not emerge simply because a seller makes a rational case why the customer should buy a product or service, or because an executive promises change.  Trust is not a checklist.  Fulfilling all your responsibilities does not create trust.  Trust is a feeling, not a rational experience.  We trust some people and companies even when things go wrong, and we don’t trust others even though everything might have gone exactly as it should have.  A completed checklist does not guarantee trust.  Trust begins to emerge when we have a sense that another person or organization is driven by things other than their own self-gain.” Simon Sinek
No comments:

"Keep away from people who try to belittle your ambitions. Small people always do that, but the really great make you feel like you too, can become great." Mark Twain
No comments:

Straight out advice will never help anyone, by James Altucher 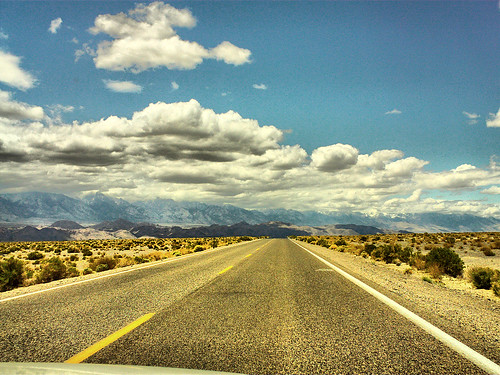 "Straight out advice will never help anyone. Buddha himself realized this... He said, “Don’t believe me on anything. Try this out for yourself.”" ~James Altucher
No comments:

I'm Holly and this is my blog. The name “Wavian” comes from a love of birds (avians) and the sea (waves & water), and "Arts" because I like to capture beauty & make things. I also run the blog On Rebuilding and you can find me on Instagram as @wavianarts.
(Most photos are my own unless otherwise detailed; to use, please reference me: Holly Russo. For questions, email me at hollyrusso @ yahoo . com (link deactivated to prevent bot harvesting.)