You are allowed to leave, by Erynn Brook (@ErynnBrook)

This wonderful thread from Erynn Brook on Twitter was so important that I have to reshare. (Thank you, Erynn!!)

I want to tell you a story about how my mum taught me that I'm allowed to leave an uncomfortable situation.

I was maybe 7, I think it was my first sleepover at someone else's house. I don't remember the girl's name. But before I left Mum told me that if I was uncomfortable at any point, for any reason, even if it was in the middle of the night, I could call her.

She was very clear. She said even if her parents have gone to bed I want you to knock on their bedroom door and ask to use the phone. I could call her even if it was late. And if her parents didn't answer the door to just go find the phone and call her anyway.

She said it doesn't matter what time it is, you won't be in trouble and I'll come get you.

I think I was being teased about something. It definitely wasn't just I can't sleep, there was something social going on. But that's what I did.

The girl's mom tried to discourage me. She said it was late, I said my mum didn't care. She said I could sleep on the couch. I said I wanted to go home. She said I was upsetting her daughter, I said she was mean to me.

I remember holding the phone and my mum answered. I said, "hi Mum." She said "you want me to come get you?" I said "yes please." She said "ask her Mum to help you pack up your things and get your coat on. I'll be right there."

And my mum showed up on her doorstep in pajama pants and a coat. The girl's mum kept apologizing for me calling, my mum put up a hand and said "don't apologize for my daughter. I want her to know she's allowed to leave and I'll be there for her at any time."

I remember the little crowd of sleepover girls huddled in the far doorway that led to the bedrooms, watching all of this confused and silent. And I remember that mom apologizing. She didn't seem to know what to say after my mum asked her to stop.

I had more incidents like that as I grew up. My mum did a lot around boundaries with me. I remember her marching me down the street to another girl's house to ask for an apology in front of her parents.

I remember her telling 3 friends to sit in the front room with their bags packed while they waited for their parents to come get them, after I had told them all to "get out of my house" for teasing me and bullying me.

I remember her coaching me through a speech on how to resign and leave from a hostile work environment when I was in the middle of nowhere at a camp for the summer, and she offered money to get a cab to pick me and my friends up.

I can't say I've always followed my gut on boundaries and discomfort. I can't say I've never swallowed it in order to make others comfortable. But I can say what she taught me was important. It was and still is radical.

It's radical to have boundaries. And to exercise them. Three things I think were really really important in what she did:
1. She always explicitly said "you can leave if you want to."
2. She never questioned why, or whether I was overreacting.
3. She showed up.

But I think a lot about the girls mum apologizing and how... that's the norm, actually. What my mum taught me was radical, what that girl's mum was teaching was the norm. "Just deal with it, don't trouble anyone, go back to sleep, it'll be over soon, don't ruin it."

And I still get that message from a lot of places. But my mum taught me that I'm allowed to leave.

I see what a privilege that is as an adult. For some people, for some situations, there is no way out. But sometimes, also, we don't leave because we think we're not allowed.

So, just in case no one ever told you (or you need a reminder): YOU ARE ALLOWED TO LEAVE.

You can leave a date, a party, a job, a meeting, a commitment. You are allowed. If you're worried about keeping your word remember that your boundaries are also your word, your integrity.

I wanted to tell this story because the message to stay to make others comfortable is so pervasive, that without actively teaching me that I'm allowed to leave, that's what I would've absorbed.

Hell, I absorbed a lot of it anyway. As an adult, at that camp job, I remember her on the phone saying "what do you want to do?" And not knowing, until she said "do you want to leave?" And I said "can I?" She said "You can always leave. What do you need so you can leave?"
So, if you're a person like me, who was taught that you're allowed to leave, keep an eye out for those who weren't. They may need the reminder. They may need to hear that it's okay. They may need help. And keep telling yourself that you are allowed. You're allowed to leave. 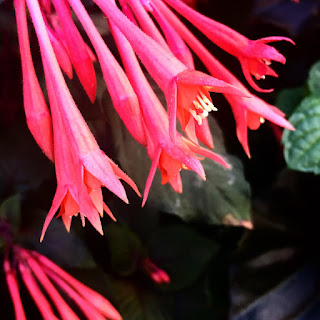 "Within every woman there is a wild and natural creature, a powerful force, filled with good instincts, passionate creativity, and ageless knowing. Her name is Wild Woman, but she is an endangered species. Though the gifts of wildish nature come to us at birth, society's attempt to "civilize" us into rigid roles has plundered this treasure, and muffled the deep, life-giving messages of our own souls. Without Wild Woman, we become over-domesticated, fearful, uncreative, trapped." Clarissa Pinkola Estes
No comments: