In this culture we display a compulsive avoidance of difficult matters, by Tim McKee 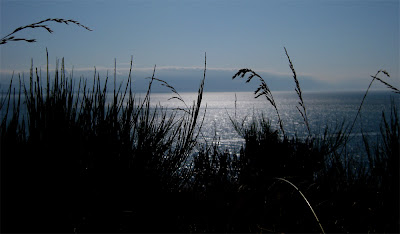 "In this culture we display a compulsive avoidance of difficult matters and an obsession with distraction. Because we cannot acknowledge our grief, we're forced to stay on the surface of life.

Poet Kahlil Gibran said, "The deeper that sorrow carves into your being, the more joy you can contain." We experience little genuine joy in part because we avoid the depths. We are an ascension culture. We love rising, and we fear going down.

"Consequently we find ways to deny the reality of this rich but difficult territory, and we are thinned psychically. We live in what I call a "flat-line culture," where the band is narrow in terms of what we let ourselves fully feel."

"When you're different, sometimes you don't see the millions of people who accept you for what you are. All you notice is the person who doesn't."
― Jodi Picoult
No comments:

"I do not say that democracy has been more pernicious on the whole, and in the long run, than monarchy or aristocracy. Democracy has never been and never can be so durable as aristocracy or monarchy; but while it lasts, it is more bloody than either. … Remember, democracy never lasts long. It soon wastes, exhausts, and murders itself. There never was a democracy yet that did not commit suicide. It is in vain to say that democracy is less vain, less proud, less selfish, less ambitious, or less avaricious than aristocracy or monarchy. It is not true, in fact, and nowhere appears in history. Those passions are the same in all men, under all forms of simple government, and when unchecked, produce the same effects of fraud, violence, and cruelty. When clear prospects are opened before vanity, pride, avarice, or ambition, for their easy gratification, it is hard for the most considerate philosophers and the most conscientious moralists to resist the temptation. Individuals have conquered themselves. Nations and large bodies of men, never."

― John Adams, The Letters of John and Abigail Adams
No comments: