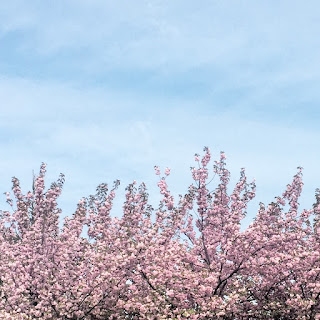 Do not try to save
the whole world
or do anything grandiose.
Instead, create
a clearing
in the dense forest
of your life
and wait there
patiently,
until the song
that is your life
falls into your own cupped hands
and you recognize and greet it.
Only then will you know
how to give yourself
to this world
so worth of rescue.
No comments:

Usability, the art (and science) of making things, well, easier to use...

Recently, a colleague  and I took a usability workshop and wanted to share what we learned.

What is usability? It's the study of making things usable, or, as you may know from filling out your taxes, backing up your computer (Mac users don't count), or even gassing up a different car, we all must do things that can be unclear at times.

Usability is not an entirely new concept but is finally becoming more mainstream: if things were designed with the end user in mind, how much easier could they be? How much money and time could be saved?

It's easier to find a parking spot at BWI now that green lights indicate open spaces. Universities that pour walkways before researching paths spend more reconstructing trampled lawns as students make preferred shortcuts known. Clear road signs can prevent existential crises, like what must happen to literally *everyone* at the below intersection: 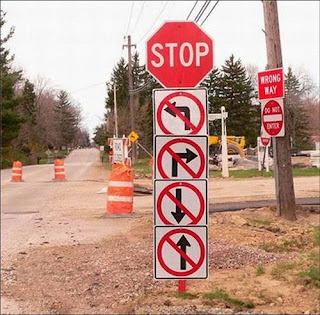 A usable world is simply a better one.

The workshop, called "Introduction to Human-Centered Design" ("human-centered" is the preferred nomenclature in the field) was mainly an overview of the process: how to gather data, compile ideas, and make and test prototypes, and why it works to do it in a particular way (inquiry / prototype / test / repeat).

Problem-solving starts with identifying the problem. What is the issue? You may think it's one thing but until you talk to the people who experience it, you can't know for sure.

For example, chronically running late may appear to be a traffic issue but may actually be a planning one. Poor sleep quality may not be the mattress after all but instead too much light or noise at night.

In order to find out, you have to dig.

The class walked us through the process and had us leap almost immediately into the "field" to begin practicing our new interviewing skills. We used a generic question that could apply to anyone just for the sake of learning the process. We asked, "Is there anything that gets in the way of your health? Or of you being as healthy as you want?" (In a real case scenario, the questions would be tailored to the field.)

We roamed the building for people to interview. Not having been telemarketers in a previous lives made us shy approaching strangers but the class instructor gave us tips. "Approach gently and explain who you are and what you're doing. When you start hearing the same answers over and over, you'll know you've amassed enough data."

People eyed us suspiciously at first but when they realized we weren't collecting money, out poured the litany of health destroyers. They came in the form of many things: long commute, expensive food (broccoli costs more than ramen), picky children, gyms that were too far away and days that started before dawn. Our subjects looked weary just recounting all the things.

We dug deeper using techniques taught in the class, such as the "5 Whys" (a strategy no doubt borne from a toddler) where you ask "why" multiple times, or encourage a story or ask for a visual.

Answers did start to get repetitive and we found that the common thread was time. People weren't taking as much care of their health as they wanted because they didn't have enough time.

Next step: now what? People need more time, how could we make that happen?

Our team rejoined and after a brainstorming session that nixed moving to Venus just to have 5,000 more hours in a day, we developed possible "prototypes" -- actual, physical implementations to show people -- and marched back into the field to see how they'd fare.

We interviewed more people but this time sporting a poster and miniature booklet as visual aids to illustrate our ideas: policies to improve work/life balance, like telecommuting, and utopia where folks could live near their work. After all, some folks spent 4 hours on the road every day. That's horrendous.

Other teams in our class came up with different ideas for improving health, like tools for information dissemination, apps to make exercise easier, and even a snazzy business plan to offer healthy food on the metro so travelers could save time eating breakfast on their commutes.

During this secondary idea-sharing stage, teams are encouraged to ask each other: what would you add to this idea? What questions do you have? What else should be considered? (We wondered, who would clean up the extra trash? Would we lose our seats if we got up to purchase a banana?) Input refines the idea.

Design thinking is iterative, meaning it can go around and around in loops. You start with the question, gather data, test your idea, ask more questions, test more ideas, lather, rinse, repeat.

Marry the two and you have inquiry designing prototypes, not designing before you find out exactly how a thing might be used.

It's also important to note that how people say they will use something isn't always how they will *actually* use it, as anyone who's ever bought a treadmill will know. Observation will always reveal the most reliable data.

We can't wait until the next class!

If you're interested in learning more, see:
And now, for a little fun.

The truth of nostalgia 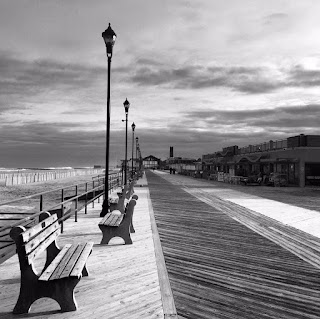 "[H]ere is the truth of nostalgia. We don't feel it for who we were, but who we weren't. We feel it for all the possibilities that were open to us, but that we didn't take.

Time is like wax, dripping from a candle flame. In the moment, it is molten and falling, with the capability to transform into any shape. Then the moment passes, and the wax hits the table top and solidifies into the shape it will always be. It becomes the past – a solid single record of what happened, still holding in its wild curves and contours the potential of every shape it could have held.

[...] But then you remember – I remember – that we are, even now, in another bit of molten wax. We are in a moment that is still falling, still volatile – and we will never be anywhere else. We will always be in that most dangerous, most exciting, most possible time of all: the now. Where we never can know what shape the next moment will take."

Welcome to Night Vale #21,
"A Memory of Europe"
No comments:

"You've got a stone in your shoe. We'll do what we can until you can get it out." Tracy Pollan, Michael J. Fox's wife 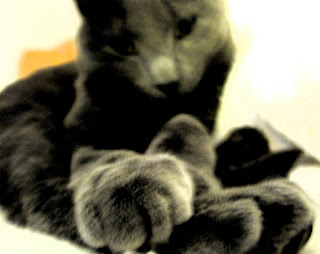 "Tracy was just like, 'You've got a stone in your shoe. We'll do what we can until you can get it out. In the meantime, if you limp with the stone, that's all right. You can hold my hand, and we'll get over that.' "

Michael J. Fox, on his wife Tracy Pollan after they received his Parkinson's diagnosis.

The process of dying, by Martha Jo Atkins


What's happening to me?

Your body is figuring out how to separate from your spirit.

Are you having any anxiety?

I'm restless in here...(pats his heart). I haven't done this before. I'm a little nervous.

Your body knows what to do.

How long does this take?

It's different for everyone. Your soul knows. The separation has already started. I can see it happening. Can you feel it?

Thanks for telling me this stuff.

Yes sir. We're glad you're here with us.

"He told us this morning his bags are packed and he's waiting for the train to come---and there's a female conductor. The staff pulled out his bags for him so he can see them. He's very excited to travel and see his family."

"Every great religion in the world — Christianity, Judaism, Islam, Buddhism — essentially comes down to: 'Do unto others as you would have them do unto you.' And what I have believed in my whole life — I believed it when I was a 22-year-old kid getting arrested in Chicago fighting segregation — I've believed it in my whole life.

"That we are in this together — not just, not words. The truth is at some level when you hurt, when your children hurt, I hurt. I hurt. And when my kids hurt, you hurt. And it's very easy to turn our backs on kids who are hungry, or veterans who are sleeping out on the street, and we can develop a psyche, a psychology which is 'I don't have to worry about them; all I'm gonna worry about is myself; I need to make another 5 billion dollars.' But I believe that what human nature is about is that everybody in this room impacts everybody else in all kinds of ways that we can't even understand. It's beyond intellect. It's a spiritual, emotional thing. So I believe that when we do the right thing, when we try to treat people with respect and dignity, when we say that that child who is hungry is my child … I think we are more human when we do that, than when we say 'hey, this whole world , I need more and more, I don't care about anyone else.' That's my religion. That's what I believe in. And I think most people around the world, whatever their religion, their color — share that belief. That we are in it together as human beings. And it becomes more and more practical. If we destroy the planet because we don't deal with climate change … Trust me, we are all in it together, and … That is my spirituality."

I'm Holly and this is my blog. The name “Wavian” comes from a love of birds (avians) and the sea (waves & water), and "Arts" because I like to capture beauty & make things. I also run the blog On Rebuilding and you can find me on Instagram as @wavianarts.

(Most photos are my own unless otherwise detailed; to use, please reference me: Holly Russo. For questions, email me at hollyrusso @ yahoo . com (link deactivated to prevent bot harvesting.)