In the early 1990s, I was an unpublished aspiring writer, living in
New York City...which meant that I was a waitress.

I worked at a cheap Italian cafe in the Village. This was the only job
I've ever held that I can honestly say I hated.

I didn't hate my job because I felt that waiting tables was below me.
(On the contrary — I'd been doing that kind of work for years, and I
usually enjoyed it.) No, I hated my job because the managers of the
restaurant were angry, scary people. The whole environment at this
establishment was aggressive and foul. Everyone working at that
restaurant was unhappy and oppressed, and — although I tried — I
could not seem to make friends with anybody...neither the customers
nor the staff. But the money was good, and I had some control over my
hours, which meant that I could work on my writing.

I was living in a tiny apartment in the East Village with a window
that faced a brick wall. I had two roommates who liked to party. My
boyfriend had just left me. I didn't own a car (duh, obviously) and
the money I made from tips just barely covered my rent.

My dream that year was to attend the famed Bread Loaf Writing
Workshop, located in the mountains of Vermont, on the campus of
Middlebury College. This would be a chance for me to be taught by
published authors, and to mingle with agents and editors. And it would
be an opportunity for me to work on my short stories along with other
aspiring writers, and perhaps to find my tribe. Best of all, going to
Vermont for six weeks would get me out of the city during the hottest
and most miserable days of a New York City summer.

But here's the thing: I couldn't afford the tuition for Bread Loaf.

I could not BEGIN to afford that tuition. It was incredibly expensive.
My only option, then, was to apply for one of the two scholarships
that were offered that year. If I were accepted on a scholarship
basis, I would be able to attend Bread Loaf ... but here was the
catch: I would need to earn my keep at the retreat by working as a
waitress. (Irony alert!)

In other words: If I were accepted on scholarship, I would literally
be SERVING the other attendees who were wealthy enough to afford full
tuition.

I worked for weeks on my application for that Bread Loaf waiter/writer
scholarship. I wanted it SO BAD. I remember ending my essay with this
line: "I may not be the best writer who has ever applied for this
position, but I can guarantee you that I am the best waitress." I
felt certain they would take me, just based on that line alone!

I wasn't accepted, though.

Instead, I stayed in the East Village during that swelteringly hot
summer, looking out my window at that goddamn brick wall, listening to
my roommates getting drunk and having sex, working at my toxic
restaurant job with the mean bosses...and writing.

And can you guess what miraculous thing happened to me by the end of that year?!

Nothing. Absolutely nothing miraculous happened.

By the end of that year, I was STILL an unpublished writer, working as
a waitress. And I still couldn't afford Bread Loaf. And they still
didn't want me on their campus. Not even as a waitress.

But here is what I want you to understand: I never stopped writing.

In my attic today, I have notebook after notebook filled with the
writing that I produced during those years. Many of those stories
would later appear in my first book, PILGRIMS.

I consider those years to be the most generative and important period
of my entire creative life. It was a time when I was fully and
stubbornly focused on mastering this craft — and I did most of it
alone in a small room, looking at a brick wall, with no promise of
reward. Nobody cared about the contents of those notebooks except me.
I do not recall ever expecting anyone to care. It would not have
occurred to me that anyone else was supposed to care.

I just kept writing — and eventually I found my way to becoming an
author, by other means.

To this day, I hold no hostility toward the good people at the Bread
Loaf Writing Workshop in Middlebury, Vermont. They had a business to
run — and giving me what I wanted (just because I wanted it) was not
their business. Nurturing my destiny as a writer was MY obligation,
not theirs.

I understood all this, even back then — even though I was just a kid.

If you are holding ANYBODY in this world responsible for your life who
is not you, quit it.

Let nothing stop you from your work. 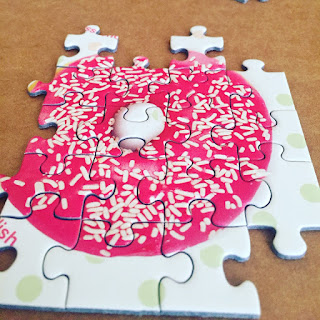 I've been thinking about the way, when you walk
down a crowded aisle, people pull in their legs
to let you by. Or how strangers still say "bless you"
when someone sneezes, a leftover
from the Bubonic plague. "Don't die," we are saying.
And sometimes, when you spill lemons
from your grocery bag, someone else will help you
pick them up. Mostly, we don't want to harm each other.
We want to be handed our cup of coffee hot,
and to say thank you to the person handing it. To smile
at them and for them to smile back. For the waitress
to call us honey when she sets down the bowl of clam chowder,
and for the driver in the red pick-up truck to let us pass.
We have so little of each other, now. So far
from tribe and fire. Only these brief moments of exchange.
What if they are the true dwelling of the holy, these
fleeting temples we make together when we say, "Here,
have my seat," "Go ahead—you first," "I like your hat."
No comments:

I don't like the ethic that says, if you try really hard and you put everything into it, you're going to get everything that you want.

Because we're all grownups here so can we just say that that may or may not happen.

You may or may not get everything you want.

You might put everything into something and it doesn't work.

IF you didn't mortgage your house, risk your family, empty out your IRA, and just put yourself in a really precarious situation such that you can never do it again.... Such that you've been so battered by how you set up your life so that now you're so cornered and strapped and anxious and shamed that you say "well, if THAT'S what it feels like to give 100% to something, you can keep it... I'm going to take nothing but safe choices for the rest of my life" and that's it and you just shut down.

I never want to see someone in that kind of situation.

So the contract I made with writing, which I made when I was 15 years old... one of the promises I made to the work was, I will never ask you to support me financially. I will support both of us. I am a resourceful person, my parents raised me to be a worker, I will do whatever I have to do to pay the rent, and you and I will have a love affair on the side of this that is not contingent upon monetization.

And I've watched so many creative people murder their creativity by insisting that they are not truly creative unless their creativity pays the bills. And if it doesn't pay the bills, which it might or it might not -- and it might for a while and then it might not -- you might go out of fashion, your thing might change, people might not want that anymore, and all of a sudden you're stuck. And I see those people go into depression, bitterness, rage, resentment.

You have to be childLIKE in the pursuit of your life but you cannot be childish.

And this is a really big difference.

Childlike means walking into the world with wide-open wonder and being open and letting go of bitterness, ready to be taught, ready to be amazed. That's childlike.

You have to separate those things. I believe you can be childlike and mature at the same time.

And being mature means looking after yourself in the real world in a real way.